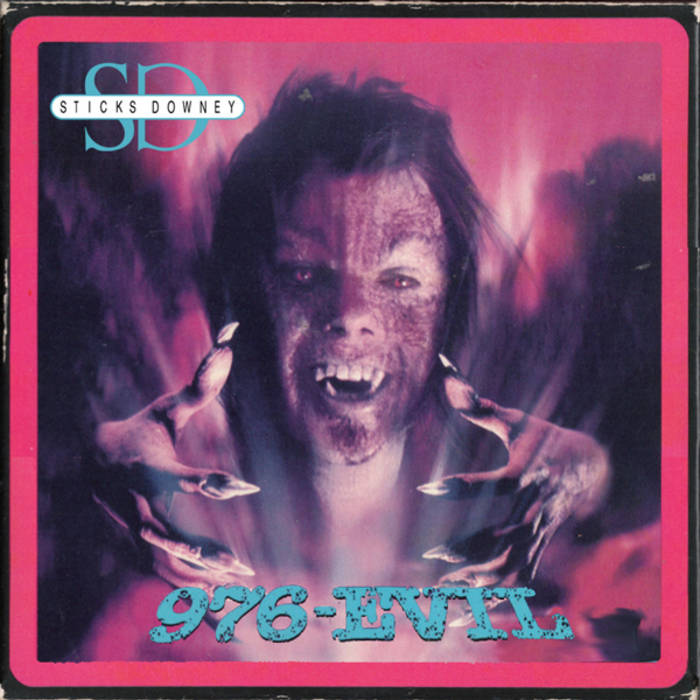 Hoax is lonely, never gets the babes
Childhood life but adolescent age
Under the thumb of his mother, rocking jammies too
Bullies pull him in the bathroom: toilet shampoo
So you can pray it quits, you can make a wish
You can gaze at the abyss till it’s raining fish
But it’s ceaseless teasing and it keeps repeating
Cousin Spike can’t bail him out of weekly beatings
So it’s out of the darkness and into the light
Torn apart they’re heartless, he can win the fight
It hurts when they flip you shit and split your lip
Serve revenge as a dish mixed with witty quips
When the ringing stings you, splits your ears in two
Better pick up the receiver ‘cos (it’s for you)
9-7-6 E-V-I-L
You can find heaven quick but it might be hell


Tax the sleaze, don’t let ‘em catch a breath
Payback’s the sweetest when it ends in death
And where they’re going there’s no pearly gates
But now they know how a blood swirly tastes
The goal is control and he invades your mind
Takes a hold of your soul through a payphone line
It’s the devil on the horn with the darkest question
He needs a mark to start Armageddon
The gig comes with claws and an icy mouth
And a clear view of hell from inside your house
But to hold the world in your warty palm
You gotta let her cats eat the corpse of your mom
Used to love your cousin, now the bro’s a dozer
It’s time to ice Spike ‘cos hell’s frozen over
Hoping for your horrorscope you placed a call
But Satan he was waiting to lay waste to us all

released October 30, 2012
Everything by Wockenfuss.

Bandcamp Daily  your guide to the world of Bandcamp

Interviews With Butcher Brown and Slauson Malone, plus LP of the week by SAULT.